A few years ago, it was all about Carrera, and this year’s Carrera Elegant Chronograph series, which is 42mm in diameter, is the most important new Tag Heuer Carrera to come out this year. The new Carrera features the same in-house Heuer 02 movement, fresh dial design language, and updated case style as its sportier sister. In addition, the traditional Carrera style has returned, with no exterior bezel and a simple, attractive dial.

All Carrera fans know that, in addition to being small and having a basic and highly visible dial, the classic Carrera does not have an external bezel. It was the Autavia line, not the Carrera, that had an exterior bezel in the 1960s. Since TAG Heuer introduced the first Carrera with an exterior bezel in 2005—now a regular feature on many Carrera models—this has altered dramatically.

The Carrera Elegant series is based on the Carrera 1887, a 41mm Chronograph introduced in 2010. TAG Heuer updated the Calibre 1887 movement in 2018 with the Calibre 16 Carrera, which is also housed in a 41mm casing and features the same 12-6-9 configuration.

The Carrera Elegant is based on the original Heuer Carrera from 1963, but it has been completely reimagined with more contemporary proportions and a more contemporary design language. Future Carreras will be heavily influenced by its DNA, which was previously used to inspire the creation of the Sport line. 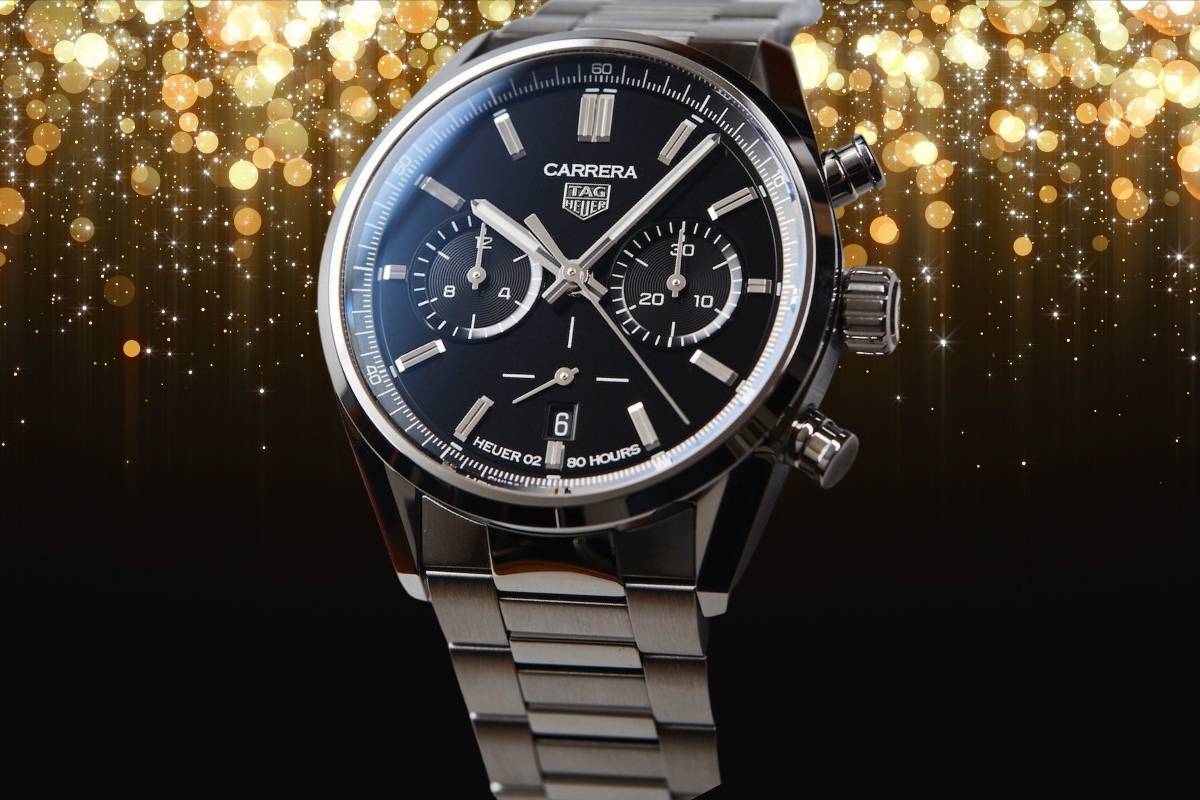 However, unlike the Elegant series, this is a completely new casing with a focus on the future.

Unlike the Carrera Sport, the Newcomer’s casing is smaller at 42mm in diameter. Essentially, this implies a case that retains the Carrera style, but with re-profiled lugs that flow around the case and a thinner, re-profiled mid-section.

Because of this, the thickness of the case has been reduced from 15.9mm to 14.4mm. Despite their 39mm diameter, the 160 Years Silver and Montreal editions have a thickness of 14.7mm.

TAG Heuer should have kept the case diameter at 41mm, but we can live with the 1mm increase in diameter, which is barely apparent on the wrist, thanks to the thinner bezel.

The new Calibre 16 Carrera, which this watch replaces, features new chronograph pushers and a crown that differ from those on the Carrera Sport. While the dial of the Carrera Sport featured a brushed circular pattern, the dials of the Elegant series feature two different sunray and opaline patterns. ArteCad, TAG Heuer’s in-house dial producer, has brought back TAG Heuer’s original “sunray” dials in the form of blue and anthracite dials. It’s worth repeating: these may be TAG Heuer’s most stunning dials ever.

In addition to the sunray pair, these models feature glossy opaline dials, which work particularly well on the silver dial, which is adorned with rose gold (plated) ornamentation.

Elegant also features freshly designed hour markers and a new serif font for the Carrera printed script on the dial which evolves from the traditional font of Carrera from the 1960s, just like the Sport model. Carrera Elegant

With three registers, it resembles Monaco Heuer 02 in having prominent 9 and 3 o’clock registers but no defined register at 6 o’clock for the sweeping seconds. This follows the Heuer 02’s “3-6-9” positioning. Heuer’s dials from the 1970s influenced the crosshair motif instead. The result is that the watch appears to have two registers, with the third only becoming obvious at a closer look. To learn more about Guy’s reasoning behind this decision, we reached out to him.

Using a crosshair is a nod to Heuer’s heritage and serves as a means of reducing the focus on the running second while still allowing those who want to evaluate their precision to do so. Here, we wanted to emphasise the bi-compax design and go with a more dashboard-like aspect for the Sport collection, which has three subdials.

All in all, these dials look terrific. They’re still Carreras, but they have enough details to distinguish the new series from the previous one. Despite the fact that these dials would look better with two registers instead of three and the sweeping seconds hand removed, we’re sure that marketing would have something to say about a watch with no readily apparent moving hand. 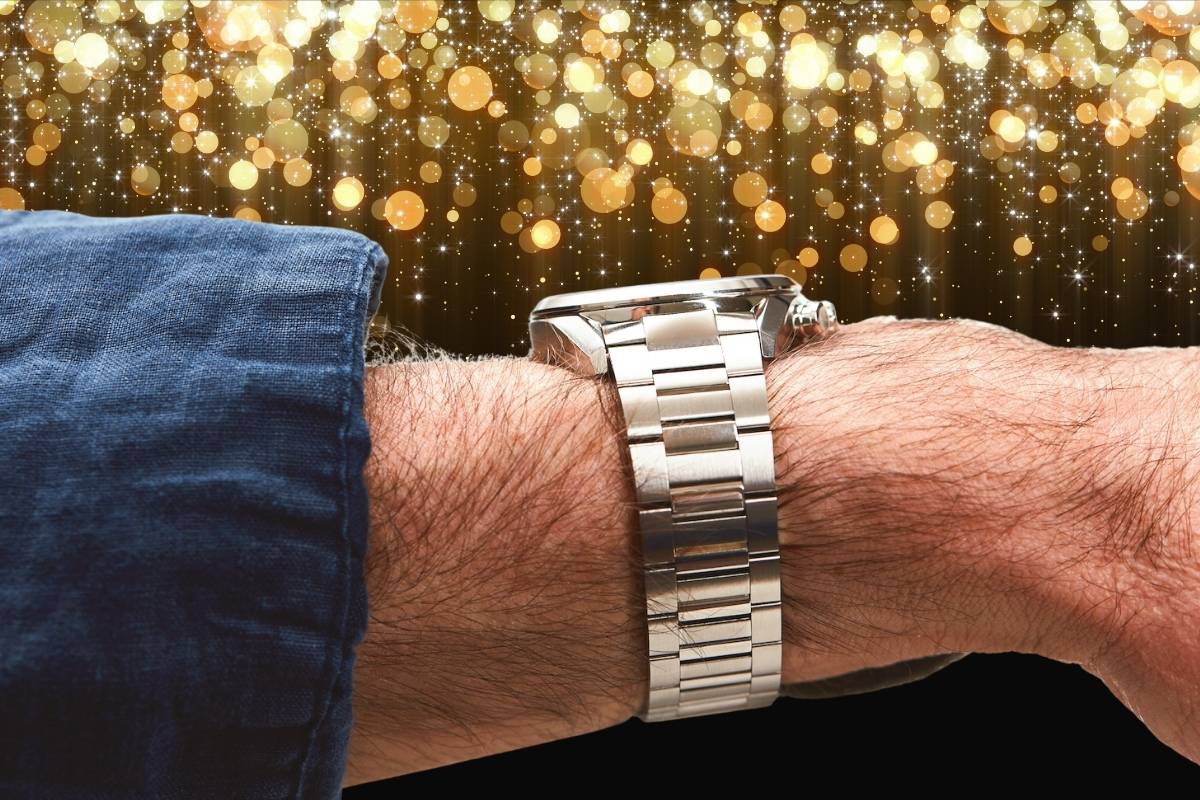 With the new series comes a new bracelet, which is basically a thinner, more refined version of the H-Link bracelet. Guy Bove was kind enough to share the tale of the new bracelet with us once more:

The bracelet is lighter and more pleasant to wear than the H-Link bracelet. Bracelet features a double-push clasp (see below) and polished and brushed metals.

Obviously, there is a sapphire caseback, but what makes the Elegant series stand out is the gold-colored rotor that is used on all of the models. It’s a smart idea to make this watch stand out from the rest of the Carrera line by adding a distinctive dial design.

For those who are looking for something a little more conservative than the black dial, there is a white dial option. Because of the contrast between the patterned sub-dials and a deep black dial, it’s easy to see the nuances in this timepiece, which we appreciate.

TAG Heuer continues to “do blue” better than any other watch company, despite the fact that blue-dial watches have been a hot trend for the past five years. When paired with the silver dial and case, this watch has a stunning depth of colour.

Although this watch does not come with a blue leather strap option (yet), we believe it would look better on a calfskin strap.

Despite our initial skepticism about the anthracite-and-brown colour scheme, this watch’s alligator strap complements the watch’s dial perfectly. We think it’s the most appealing of the new series.

You’ll be amazed at how much better this watch looks on your wrist when the light is just right. We like that TAG Heuer preserved the green dial for the Carrera Sports series and chose the more classical anthracite for the Elegant series, despite the current trend for blue, red, and green dials.

CBN2013.FC6483 Carrera by TAG Heuer Only the fourth model in the lineup was not subjected to an in-person examination by our team. Rose gold-plated indexes, hands and the TAG Heuer emblem are added to the silver opaline dial of this model. Anthracite dials come with brown alligator straps and folding deployant clasps as normal, and this model is no different. 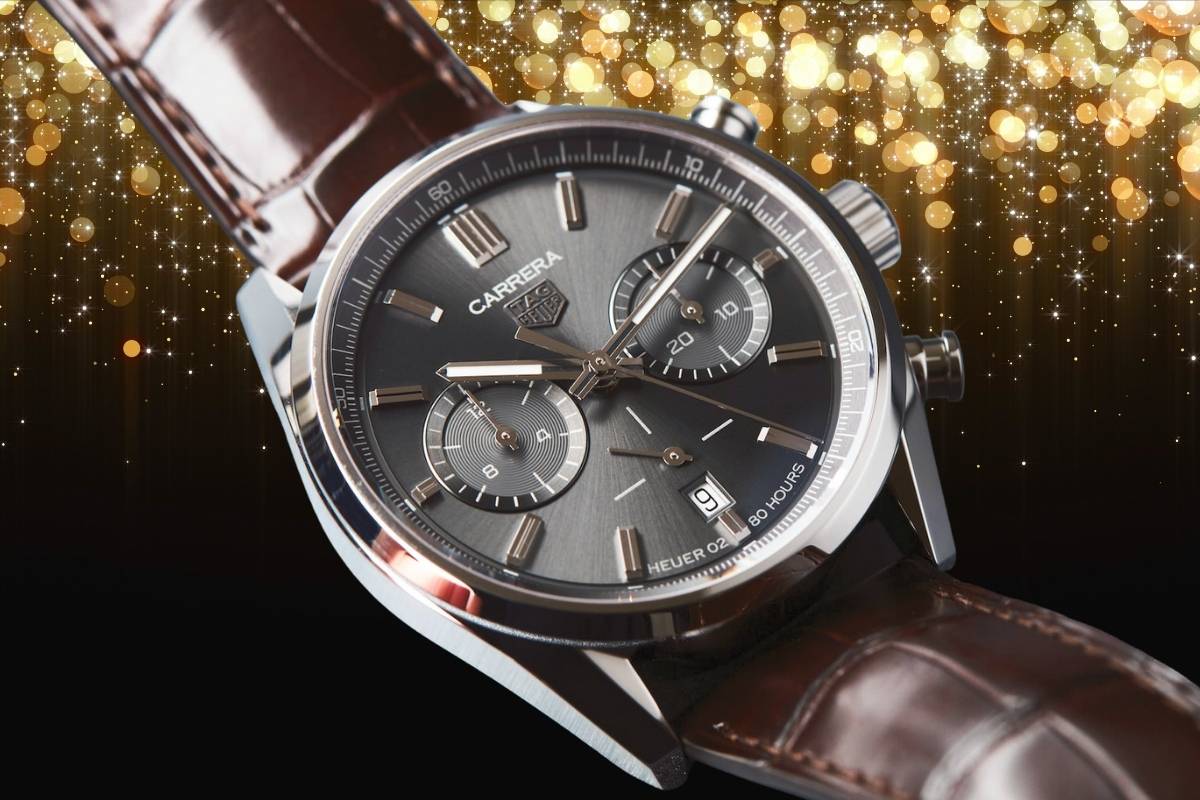 It has been traditional to add gold accents to the crown or pushers when going for the “bi-metal” aesthetic, but in this case, we believe that the whole stainless steel case and dial are a superior choice.

The Carrera Elegant series is a nice addition to the Carrera collection for those of us who appreciate the original Carrera look and feel. Heuer 01, Carrera Mikrograph, and the Connected watch are all examples of the Carrera name’s expansion over the past few years, which has resulted in a wide range of new Carrera models. Nonetheless, the Elegant series, like the original 1963 Carrera, is a real Carrera. A smaller case (but still not diminutive), elegant, legible dials, a modern, high-quality chronograph movement, and yet still with a sports bent characterise the Carrera Elegant, while the Carrera Sport is aimed at the avant-garde buyer.

Using the Carrera Sport and TAG Heuer’s own in-house movements, TAG Heuer has given the Carrera line a much-needed facelift, bringing it back to its original virtues. There is no longer a need to wait for a re-edition of the original vintage Carrera to discover a watch that retains the values of its predecessors in a fully modern package.

It costs US$5,350 for the three dial colours — black, navy blue, and anthracite — and US$5,500 for the silver-dial watch with rose gold accents. This means that the new series is priced lower than the Carrera Sports collection.

We will be happy to hear your thoughts